Anti-abortion lawmakers in Pennsylvania are pushing a bill that would require burial or cremation and, as a result, a death certificate for the “fetal remains” of an “unborn child.” The bill is a maze of hidden intentions.  On its face, and as touted by its primary author, it gives women who miscarry the right to decide whether to bury their own fetal remains.  But the bill, as drafted, has far more reaching consequences.  The bill would extend the burial requirements to any “product of conception” and defines an “unborn child” as beginning “from fertilization.”  And because Pennsylvania law requires a death certificate in order to obtain a burial permit, this would require clinicians to obtain death certificates even for fertilized eggs that never implanted in a woman’s uterus.

Anti-abortion lawmakers in Pennsylvania want to pass a bill that would require health providers to arrange burials or cremations for all of a person’s “fetal remains,” which under the lawmakers’ terms, includes fertilized eggs that never implanted in the uterus.

But fertilized eggs must divide to become the ball of cells that implants in the uterus for a pregnancy to occur.

If the bill, known as the “Pennsylvania Final Disposition of Fetal Remains Act,” passes and isn’t followed, it could result in a $50 to $300 fine or up to 30 days in prison for providers.

The bill has already passed the state House by a margin of 123 to 76.  It is likely to pass the state Senate, which is currently controlled by 27 Republicans against 21 Democrats and 1 Independent who typically caucuses with Democrats.  Democratic Governor Tom Wolf has promised to veto the legislation, but the legislature could override the veto with a two-thirds majority in both houses.  If Governor Wolf’s veto is overridden, the law most certainly will end up in the courts — but that may very well be exactly what its authors want.

The Pennsylvania bill is only the most recent example of anti-choice Republicans taking advantage of a judicial environment tilting in their favor since Trump was elected.  Last night, Rachel Maddow  discussed how the remaking of the Supreme Court to a 5-4 conservative majority is causing providers who oppose legislative intervention in women’s healthcare decisions to consider a post-Roe v. Wade world:

The consequences of the Pennsylvania bill working its way through the state legislature are far more invasive and imposing than its supporters innocuously claim.  These lawmakers are either grossly incompetent and naive in drafting legislation or, far more likely, they assume people are too stupid to see through their thinly veiled attacks on women’s rights.

You may also like: The best Black Friday discounts and deals still available at Amazon.com. 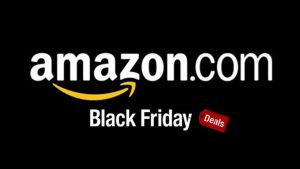