Chelsea Manning is recovering in hospital after she attempted suicide on Wednesday morning. 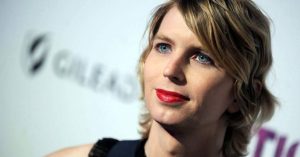 The former Army intelligence analyst is due to appear at a hearing on Friday before Judge Anthony Trenga of the United States District Court for the Eastern District of Virginia. The judge is expected to rule on whether to end the civil contempt sanctions imposed on Manning after she refused to testify before a grand jury investigating the publication of military and diplomatic files she had provided to WikiLeaks in 2010.

Andy Stepanian, a spokesman for Manning’s legal team, said Manning continued to refuse to “participate in a secret grand jury process that she sees as highly susceptible to abuse. Her actions today evidence the strength of her convictions, as well as the profound harm she continues to suffer as a result of her ‘civil’ confinement.”