New government data reveals a record number of migrant children have been held in U.S. government custody over the past year.  69,550 children have been detained away from their parents, more than any other country, according to United Nations researchers. And it’s happening even though the U.S. government has acknowledged that being held in detention can be traumatic for children, putting them at risk of long-term emotional and physical damage.

The nearly 70,000 migrant children who were held in government custody this year — up 42 percent in fiscal year 2019 from 2018 — spent more time in shelters and away from their families than in prior years. The Trump administration’s series of strict immigration policies has increased the time children spend in detention, despite the government’s own acknowledgment that it does them harm. In 2013, Australia detained 2,000 children during a surge of maritime arrivals. In Canada, immigrant children are separated from their parents only as a last resort; 155 were detained in 2018. In the United Kingdom, 42 migrant children were put in shelters in 2017, according to officials in those countries. 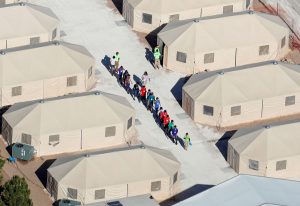 Included in the article were reports of self-harm and sexual abuse.

A Honduran teen, who arrived in the U.S. at 16 and was detained in a series of increasingly secure shelters for more than a year, said he saw his peers harm themselves. “They would cry sometimes, alone, or they would hit themselves against the wall,” he said. “I thought that was because of them being here for such a long time.”

A 3-year-old Honduran girl was taken from her father when immigration officials captured them near the Texas border in March 2019 and sent her to government-funded foster care. The father was not told the whereabouts of his daughter for three weeks. It was another month before a caregiver put her on the phone but the girl, who turned 4 in government custody.

“She said that I had left her alone and she was crying,” said her father during an interview with the AP and Frontline at their home in Honduras. ”‘I don’t love you Daddy, you left me alone,’” she told him.  What the little girl didn’t, or couldn’t, tell her dad was that another child in her foster home woke her up and began molesting her, according to court records. As the days passed, she began urinating on herself and seemed unable to eat or drink, a foster parent said in the records.

“She’s so small for something like that to happen,” said her father, who found out about his daughter’s abuse while he was in detention. “I felt like I couldn’t do anything to help her.” Desperate to see his daughter, he begged for a DNA test which, four months into his detention, proved their relationship. Still the government kept them apart. In June, he gave up and asked a judge to reunite him with his daughter and deport them. The government sent him back to Honduras alone. His daughter followed a month later in mid-August.

The September 2019 issue of the journal Pediatrics, the American Academy of Pediatrics reported migrant children who are detained “face almost universal traumatic histories.” The group recommended specific therapies to help children recover and reunite with their families, warning of serious consequences if left untreated. But few of the thousands of children separated from their parents are receiving therapy after being deported back to Central America since many are from impoverished communities where there are few, if any, accessible mental health resources. 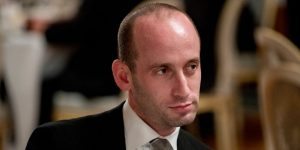